June 04, 2013
In the artful world of Amish quilting, there is what is known as the Humility Block.  Myth says that it is a mistake, purposefully placed in the quilt to remind the quilter that only God is perfect, and to attempt a perfect quilt is exhibits too much pride. 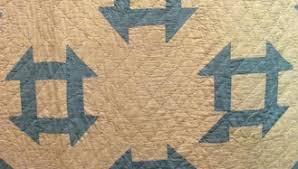 This is my humility block.

With exuberance (and perhaps with a bit of pride), I published my novel, Good Intentions, via Nook and Kindle last week.  Despite having read the manuscript (and read it, and re-read it), and having other people read it, apparently some typos/errors have gotten though.  It seems the majority of them are the kind that your eye skims over, because your brain knows what is being said.  For example, there was the word 'of' when it should have been 'on.'

So, on the one hand, I'm thrilled that Good Intentions is slowly but surely selling (and THANK YOU!!).  But on the other hand, I'm a little bit mortified that there are this many errors.  The great thing about the digital world is that I can update the books on both Nook and Kindle and fix the errors.  Nook updates immediately, whereas Kindle takes about 10-12 hours for the changes to be updated.

I am looking at publishing the book in physical form, and would like to have as few errors in there as possible.  So, here's my proposal:

Read Good Intentions.  If you find errors, keep track of them (by chapter would work best).  Comment on this blog post with the errors.  As incentive, the person who finds the most errors ("the winner") will have a character in my next book named after them.  I'll also hook you up with a free signed copy of the physical book once it gets published.

Get reading and help me out!


Michele, this does not count for you, because you already made me name a character after you.