In defense of the Bumbo

August 16, 2012
This post is pretty much a rant, but it is also more from a therapist perspective...just warning you.  I am not a paid spokesperson (although, Bumbo people, if you want to pay me to endorse your product, I'd be ok with that).

It is about a wonderful baby product called a Bumbo seat.  For those of you not familiar, it is a contraption that looks like this: 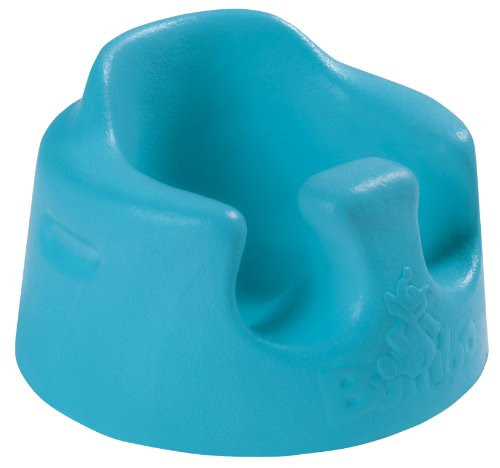 It is used to help babies who are not yet independent sitters sit upright.  It is a great way to work on head and neck control, as well as visual development, since the babies are upright.  It gives them a chance to work with their eyes in a vertical plane, giving them the opportunity to work their eye muscles as they work their head and neck muscles.  They even have little trays so kids can work on their fine motor skills too.

Please note that this seat is on a GRANITE counter top.  I know that someone is taking a picture, but seriously, WHERE is the adult?!?

Seriously people.  They are babies.  They are fragile.  You have to be very careful with them.  There are few places you can leave them unsupervised.  This is one of them.  That being said, it does not mean that this product is not a good one.  It is one where the pros outweigh the cons.  I consider the cons to be the need for supervision, not the skull fractures.

I had the chance to use a Bumbo with a little guy the other day.  He is an archer, not unlike the kid in the picture above.  He also has some feeding difficulties, and is not gaining weight well.  His mom was using his bouncy seat to feed him in, and mealtimes are a battle.  She's pretty frustrated.  I thought I'd give it a shot and see if I could help.  Immediately when in the bouncy seat, he began extending and arching back.  His tongue was out and there was no way that he was eating without a battle.  He did not open his mouth when the spoon approached.  I grabbed the Bumbo and put it on the table.  I had the food and stuff all set up, because I knew that I could not leave him once placed in the seat.  There were still some arching issues, and he required some readjustments from time to time.  However,  he ate more than half the container of carrots (yuck!), whereas he normally ate about 10 spoonfuls.  The first 2 bites in the bouncy seat, he spit out more than was put it.  You try swallowing with your back arched and your head tipped back and rotated.  In fact, try that, and just try closing your mouth.  It's nearly impossible.  Once in the Bumbo, he lost a lot less food.  He was also engaged in the feeding process, and was grabbing the spoon and putting it in his mouth, assisting in the process.  He did tire out, but he is not used to sitting upright to eat.  The difference was remarkable.

For babies who arch, placing them in a flexed position helps them dissociate one part of their body from another.  It helps them get their hands to midline in front of their eyes, which helps with fine motor, vision and visual motor development.  In terms of feeding, the reduction of extension places the head and neck in a slightly flexed position.  This is the preferred position for swallowing.  When swallowing with an extended neck, the trachea is open, which drastically increases the chances of aspiration.

With the Back to Sleep movement, babies are not developing head and neck strength as they should.  There are lots of kids with flat heads out there.  When in the Bumbo, there is no pressure on the back of the skull.  Kids are able to develop strength without flattening the back of their heads.

People, use some sense here.  This is a great piece of equipment.  It can help with a lot of fabulous developmental things.  It is not designed to be a safety seat.  Don't treat it that way.  Maybe babies need to come with the warnings printed on them, instead of the products.