If They Could Just Stay Little...

May 28, 2013
With yesterday being Memorial Day, I did a lot of reflecting over the weekend.

(NOTE:  I know that Memorial Day is really to honor our fallen soldiers, not to talk about my own stuff.  While the blog is about my own stuff, please know that I do hold our military, past and present, in the highest regard and appreciate the sacrifices made for our country.  After all, freedom isn't free.)

I had time to reflect, since I was cleaning out my children's dressers and closets.  Mother Nature appears to be a little, shall we say, indecisive with the weather, but I'm having it no more.  Also, my children are growing freakishly tall.  Now, for those of you who don't know me, I'm short.  My husband is not the tallest, either.  Although we have tall family members, I think we always thought the kids would be short, so it still surprises me that they are growing like weeds.

On Friday, I had to make Jake take off his jeans last minute because he looked like he was expecting a flood.  In hindsight, with all the rain, perhaps they would have still worked.

Anyway, with the forecast to go near 90 by the end of the week, I am taking the risk, and FINALLY taking all the long sleeve stuff out, as well as cleaning out the clothing that is just too short.  My children are beanpoles, so nothing is ever too tight.  It is always just too short.

So I started bagging up their clothes.  They each had bins in their closets of discards, so I had to sort through them for the 'keeps' and the 'gives.'  When they were babies, I kept pretty much everything.  After all, with Jake, we knew we were having another, and we were undecided after Sophia. I have bins and bins (and bins and bins) in the basement.  (That will be a summer project to go through those!)  Now, I'm into getting rid of the stuff.  I actually (gasp!) throw out clothing that is stained.  And I pass on the stuff that is not.  My cousin's son takes Jake's stuff, and I have some friends who take Sophia's.  Great system.

Until I hit a road block.

And that is my damn memory and sentimentality.

I like to keep the special outfits, but often, it is a simple t-shirt that I cannot part with.  I look at it, and remember it on my child.  I remember the day(s) that they wore it, and where they were at that time in their life.  The article of clothing brings a picture to my mind that I don't want to let go. I get very sad that that moment has passed.

Sometimes, I see pictures of my cousin's son wearing Jake's old clothes, and it makes me smile.

Like this photo...because his parents are DIE HARD Yankee fans (I mean, their cats are A-Rod and Jeter, for Pete's sake!), but he sooooo wanted to wear the shirt from cousin Jake.

And then there's this one:

We laugh because Chunky Monkey here is only 10 months old.  His brother, before he decided to show his unwavering support for the Red Sox, also took the outfit out for a spin: 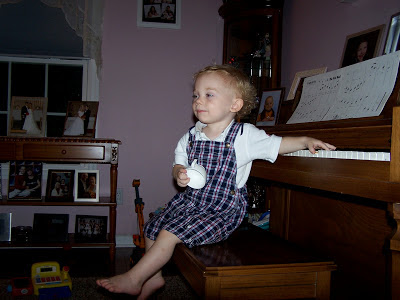 Big Brother was 17 months old when he wore it.  So was cousin Jake, when the outfit originated: 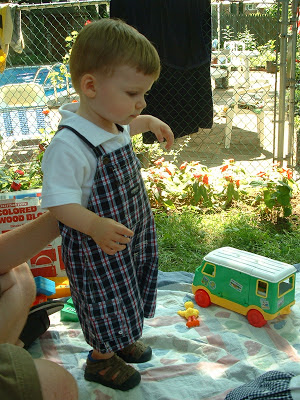 I look back on this little guy, who was so absolutely adorable.  He's now almost as tall as I am (I know, not saying much).  I can't really pick him up anymore.  He's getting so big and so mature.  This little guy is gone.

Here is a group shot of Jake, Sophia and their cousin, when the cousin wore the outfit: 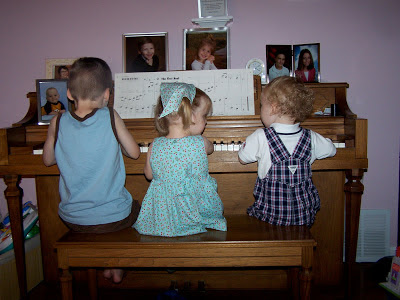 Ironically, Sophia's outfit was a borrowed hand-me-down from her older cousin.  It was an adorable dress and kerchief with cherries on it.  It did not make me sad to have to return it.  I was just happy to have had the chance to see her in it in the first place. 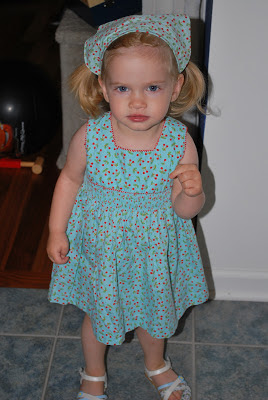 I know parting with the clothes is a good thing.  And it keeps me one step ahead of being on the show, Hoarders.  I truly love where my kids are now.  But on the other hand, as Sophia is not feeling great, and just wants to sit and snuggle, I think it's ok to celebrate Memorial Day but remembering how it was when they were little.