What Can Happen When You're Snowed In...

January 27, 2015
So, here in Upstate NY, we braced ourselves for Winter Storm Juno. This is what happened: 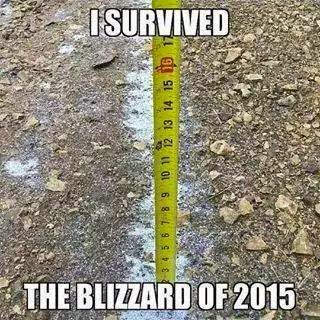 A whole lot of nothing. My kids were pissed this morning. I mean, pissed in a really pissed off way. What made the situation even more upsetting is that my school district (located East and South of my home) was closed. Yep, I got a snow day and they didn't. Except, it's been snowing all day. I can't even go pick them up because the roads are so bad, and the bus is a safer means of transportation in this kind of weather. Pretty messy out there now.

But that's not the point of this post. The point of this post is that being snowed in makes for interesting dynamics, at least when you're writing a story. In my second novel, Hold Her Down, Elizabeth finds her car off the road and stranded out in an ice storm. She is forced to walk to a nearby house for help, and it changes her life. Here's an excerpt of Hold Her Down:

Elizabeth buttoned and zipped up her flimsy windbreaker and pulled the unattractive hood up. She balled up her fists and shoved them into her pockets. And she had no other choice but to walk. Her clothing was no match for the first sign of winter in the mountains, and was doing little against the cold and wet that was seeping into her very bones. She tripped and fell hard to her knees, and then to her shoulder, when she wasn't able to extract her hands from her pockets quickly enough. Great. Just great. She was lying on the cold, wet ground, her knees stinging and her shoulder throbbing, her hands still stuck in her pockets, pinning her arms underneath her. At first, she was so mad that she could not even form coherent thoughts in her head. Her mind was just a swirl of red anger. She was angry with Peter for being a controlling bastard of a husband. She was angry with her mother for encouraging her to marry Peter in the first place, because she thought Elizabeth would need to be taken care of. Mostly, she was mad at herself for never standing up for herself, for letting herself be pushed around, for caring what others thought. And as hot as her anger burned, it was not enough to keep her warm. Her hands were burning with cold as were her feet. She wondered if she was developing frostbite. Vaguely, it occurred to her that people died outside in weather like this.The thought of death should've scared her, but it didn't. It infused a calm of blues and purples in the swirl of red in her mind. The pain her chest, which was her constant these days, abated. If she were dead, she would not have to deal with her useless husband and she would no longer have to worry that their marriage might be over. She would not be poor and destitute if Peter left. It would not matter that she had failed at marriage. It would not matter that she was unlovable. Elizabeth slowly unfolded herself and rolled to her back. A dusting of snow and ice now covered the ground. The cold bit through her body and made her wince. Her knees were now exposed and probably bleeding from the fall. She was shivering uncontrollably, her body struggling to keep warm. Her body was fighting, unaware that her spirit had given up. Elizabeth closed her eyes and relaxed into the snow. The snow was still falling, hitting her gently in the face. The snow fell quietly. Otherwise, there was no sound. Elizabeth was at peace.
Death. In her death, she would not have to worry about packing up her house and moving when Peter officially left her. She would not have to hear the whispers from the other mothers, from Nancy Beemer and the like, talking salaciously about her marriage that had fallen apart. She could just let go and slip away into the darkness and cold, and her mind would eventually stop racing with the thoughts of anxiety and worry. People would think that this was an accident, a terrible one, and no one would realize that she was a coward. There'd be hushed whispers certainly, but no one would speak ill of her. She had never before contemplated suicide. It seemed like such an easy solution. In the past, when she tried to picture the last moments of her life, they certainly had not looked like this. The few fleeting minutes she had considered it, she'd always pictured herself an elderly woman, dying peacefully, surrounded by multiple generations of her family. The graceful matriarch, accomplished, successful and beloved by all. She had not pictured her life ending at the age of thirty-four, alone and freezing to death. A total failure. But this way, she would not have to face her failure. People tended not to speak ill of the dead. Even the nasty mothers would talk about how hard she worked for her kids. And her worry would be gone. She would no longer lie awake worrying about what would happen to her children.Her children.

Elizabeth's eyes flew open. Her chest constricted. What would happen to her children? Who would raise them?


Without even realizing I was doing it, a winter storm again surfaces in Jump, Jive, and Wail, stranding the two main characters at the airport. Here's a teeny-tiny sneak peek of that one:


I tell him my flight number and he smiles again. Those dimples are damn engaging, if you ask me. I want to run my finger over them. "We're on the same flight. Or, we were supposed to be. I doubt if we're getting out of here tonight."


His comment rudely yanks me out of my ogling of his adorableness. "Wait—why do you say that? We're just delayed."

"Yeah, but based on the forecast, I doubt we're going to get out of here."

"There's, like, a massive winter storm moving up the East Coast. That's why there are so many delays." He whips out his phone and swipes a few times. "New York is supposed to get at least twelve inches."

"Seriously?" I look at my boots. They are boots in name only. They are really sweaters with a rubber bottom. They will be no match for snow and cold. "I'm so not prepared for winter weather."

"It's only March." He looks at me like I'm an idiot who didn't even think to check the weather of my destination. Perhaps that is just my interpretation of how he is looking at me, because that is how I feel.

"But spring started this week. It needs to start warming up soon. I can't stand winter." I protest. As if my whining is going to change the weather pattern.

"Last I checked Mother Nature doesn't take personal requests." He chided me, jokingly. "Plus, you live in Detroit. How can you not like winter? Isn't it automatically in Michiganders DNA?"

"I'm not from Michigan originally. In fact, I've only been here about six months. I don't really love it, truth be told."

"No? Where are you from then?"

"Originally, way Upstate New York, near Lake Placid. I lived in Park City, Utah, for a while as well."

"For a girl who doesn't like winter, you've lived in some pretty wintery places."

I make a face. I don't need to be reminded. "I used to love winter, but I'm over it now. I think I want to move to Florida or Arizona or someplace warm and tropical."


I'm pretty sure my next book will not involve a winter storm, but with Mother Nature's unpredictability, who knows what will inspire me?

Hold Her Down is currently on sale for $0.99 and Jump, Jive, and Wail releases in less than 2 days (37 hours, but who's counting?). Links can be found in the Book tab at the top of the blog.