Still a Winner After All These Years

March 03, 2019
The year was 1989. I was a mere 13 years old, babysitting for the next door neighbors while they had a night out on the town. The kids were safely tucked in their beds, and I put on the TV. Just in time to catch the beginning of the second half of Gone with the Wind.

I'd never seen this movie, but I'd been aware of the book for years, as a battered copy sat on my mother's bookshelf. 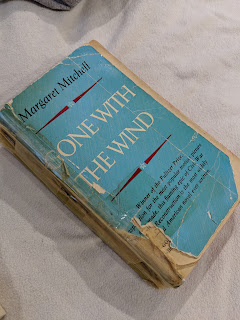 When I got home, I told my mother and had all sorts of questions. What happened with Ashley? Did he tell Scarlett he would marry her?

My mom, ever the dedicated reader, was disappointed that I saw the movie first. It was then that this battered, 862-page classic became mine. So I read it. Twice. And then I saw the movie. And then I bought a copy of the screenplay while on vacation. 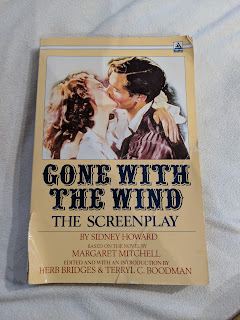 Luckily, it was the 50th anniversary of the movie, so there was lots of memorabilia available. And then my mom began getting me the plates from the Bradford Exchange, and eventually the Barbie dolls to go with them. The plates and Barbies are still in my old room at my parents' house.

Disclaimer: These are not pictures of MY actual plates or Barbies, but these are the ones I have. 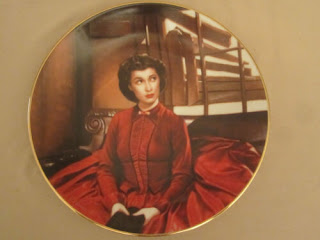 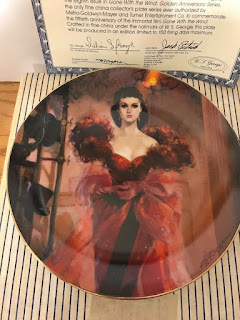 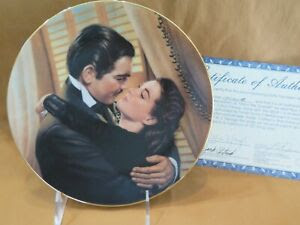 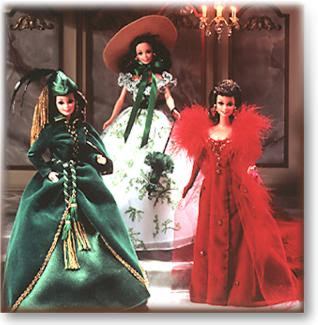 Within the year, I was dreaming up a continuation to the story. I mean, it couldn't really end there, without Scarlett and Rhett together. Of course, my story, which I thought about on many nights alone in my room as a teen, involved Scarlett getting Rhett back via his relationship with her other two children, Wade Hamilton and Ella Kennedy. 'Cause let's face it, Rhett's a good guy and wouldn't cut the kids out simply because of their mother.

Then came the whole Scarlett sequel and TV movie debacle, which I boycotted, and I moved on.

But now, 30 years later, I'm a writer, amongst other things. I still list Gone with the Wind as my favorite book, though I haven't read it since high school. But I get totally pissed off when people (ahem, looking at you Goodreads) list it as a romance. It is so NOT a romance. A romance has a sufficiently optimistic ending with a happily ever after or a happily for now with the romantic couple. Rhett storming out 2/3 of the way down page 861 when the book ends on page 862 does not provide for the HEA we all want Scarlett and Rhett to have.

Today my BFF and I went to see it in the theater for the 80th anniversary. My mom and her BFF went too (separate from us) because, well, apples and trees. Walking out, my mom said, "I can still quote every word." I agreed, and probably can as well. Again, apples and trees.

The theater was packed and something was different this time. People laughed. Thanks to the wonderful acting of Hattie McDaniel (who so deserved her Oscar) and Clark Gable, the wit of Sydney Howard's screenplay was brought to life in a way I'd never noticed before. I would almost say that the movie, with the exception of the setting/time period, presents as a romantic comedy. Probably not what David O. Selznik was going for eighty years ago.

With my writer's cap on, I've done a lot of analysis. What Margaret Mitchell and then Sydney Howard did was take a protagonist who's really unlikable and get you rooting for her. Sure, in the first half of the movie, she acts like a selfish brat. As the movie progresses, you see Scarlett grow into a woman willing to sacrifice everything, including herself, to protect the ones she loves. No, she doesn't always go about it in the best way. But man, you gotta love her for not letting people tell her what women could and couldn't do. Scarlett grows and that's what we want from any protagonist. It'd be hard to root for Melanie the whole time because she starts off so wonderfully to begin with.

Oh, and Ashley-- What a jerk. If he only had the balls to say what he meant and not want to have his cake and eat it too, well, the book (and movie) would be a lot shorter.

"You should be kissed and often. And by someone who knows how."

If you haven't read/seen the book, sorry for the spoilers. The book's been out for 84 years and the movie for 80. It's your fault at this point. 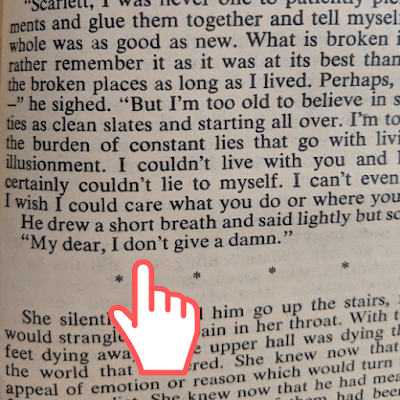