Let's rewind.  A few weeks ago, I was dealing with a very stressful and difficult situation at work (on top of the regular work stuff).  While it was resolved, there was a whole lot of stress that didn't need to be there if people had just stepped up and done their jobs.  Seriously, the situation could have been resolved 18 months ago.

And while I was I was dealing with that, Pat unexpectedly quit his job.  Things had come to a head there, and he was contacted by a former employer at just the right time.  However, the former (now current) employer is a contract position, which leads to an unsettled feeling in the house, as we are not sure what Pat's job situation will be one year from now.  Pat had a week or so off in between jobs, but he does not do well with downtime. It was a very difficult week during the transition, not knowing if the new (old) job would be a good fit and was a good decision to make.

Pat started the new (old) job and all seemed to be going well.  However, on day one, Jake came home from school and got sick.  He was out of school for 2 1/2 days with a massive ear and sinus infection.  Thankfully, my parents stepped in and took care of him while I was at work.  Oh, did I mention that the last two weeks before break were my busiest of the year with annual reviews and I could not take a whole lot of time off?  Jake did not respond as hoped to antibiotics (the ear infection was most likely viral) and he was in a tremendous amount of pain from Wednesday until Sunday.  He had a lot of trouble sleeping and was up every two hours or so during the night.  As a result, I was up.  I felt horrible for him, and also felt like I was back with a newborn.

Due to annual reviews, I had to change my work schedule to Tuesday, Wednesday, Thursday the week before break.  After working all day Tuesday, then cooking and shooting off to dance class, I came home, totally wiped out, to find my cat unable to walk.  Harper was 14 1/2 and in failing health.  I knew immediately that this was it and she would need to be put down.  We woke the kids so they could say good-bye.  We knew Sophia would be upset, but were unprepared for Jake's reaction.  He was sobbing and wailing, and was so upset.  Now, he did not even cry when my grandmother died.  Then, at 10:30 at night, Pat and I had to take Harper and have her put down.  It was the second time in six months that someone I love died in my arms. 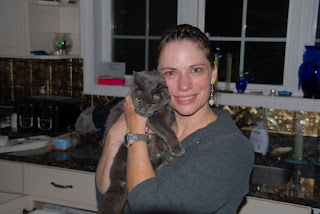 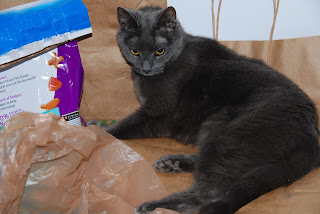 That night, I never fell asleep.  My mind was constantly racing and I was unable to settle down.  I thought of many of my friends who suffer from insomnia.  It is not something I want to go through again.  I somehow made it through my meetings and treatments on Wednesday and Thursday. I had to pick Jake up from school on Thursday to get him to the orthodontist, run errands and get to drum lessons before coming home to pack for our trip to Ohio. 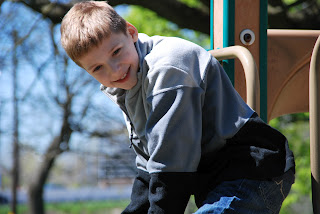 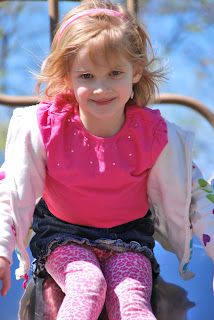 We had a great time in Ohio, visiting our old house (and park across the street), touring Ohio State and eating in some of our favorite places.

Easter was more laid back after church and lunch. 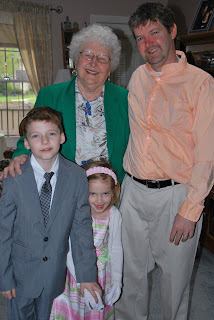 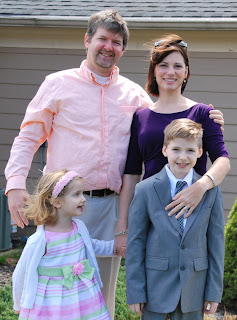 We napped and watched the Master's, with Sophia, early on, picking Bubba Watson to win.  The PGA tour has become more interesting since I discovered this:  Golf Boys video.  Hard not to root for these guys.

Monday brought the Columbus Zoo, which is exhausting but worth it. 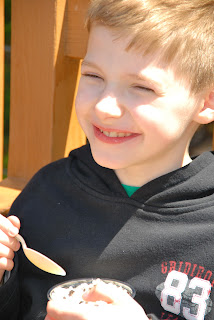 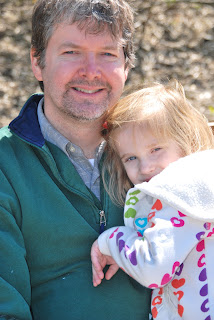 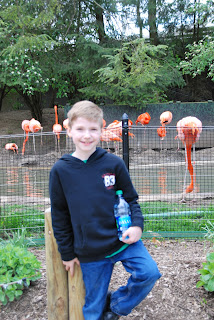 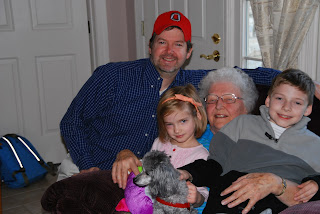 Tuesday, we trekked the 550+ miles back to NY to arrive around 8:30.  Allergies are running rampant with Jake sneezing and Sophia with puffed up eyes that rival Rocky's.

So here I am, unmotivated to do anything and the kids, still exhausted, getting on each others' nerves.  I have had chest pain for at least a week straight.  It's not bad, and most certainly stress (or heartburn, caused by stress).  I need to unpack and start cleaning.  We're travelling again in about 3 weeks, and the following weekend, Jake makes his First Communion.  It will take me that long to get the house cleaned!

Our house seems empty without Harper.  The kids will be getting new kittens, but we can't do that until after our trip to DC in May.  I miss her.

The kids were pretty good in the car (considering round trip it's over 20 hours).  On the way out, we were talking about plants being dormant.  We talked about the french origin of the word (dormir) and how the word "dorm-" has to do with sleeping.  This morning, promptly at 6:30 am, Jake announced at our bedside that "I can no longer be dormant."  Good use of the word, bad timing.